Education is what leads you
to the next level

NGO TOFA wants to contribute to the happiness of people from a long-term and global perspective, the true affluence of society through connecting people between people losing oppotunities about education and employment in developing countries
with people craving spiritual affluence and individual value creation in developed countries. 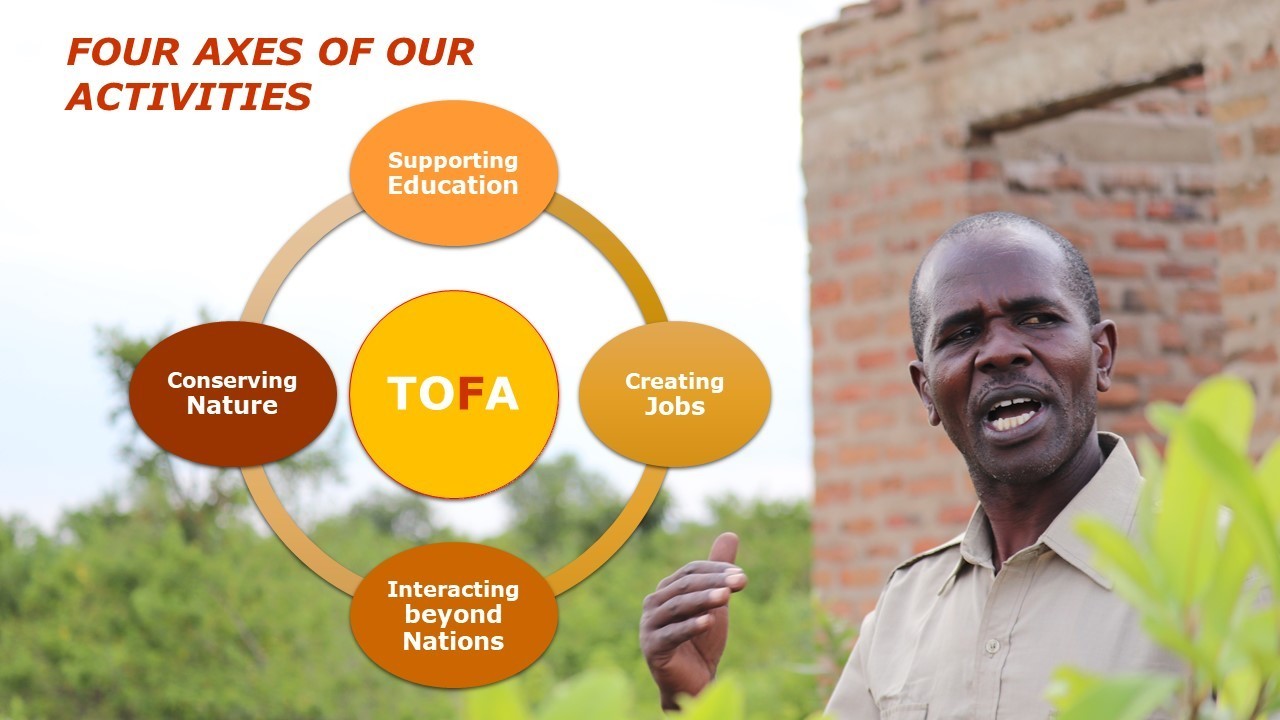 We, NGO TOFA, operate on four axes, mainly in African countries and Japan.
We will increase opportunities for education and employment, promote nature conservation and international exchange, and contribute to society through networks with people in Africa, Japan, and the world.

FOUR AXES OF
OUR ACTIVITIES 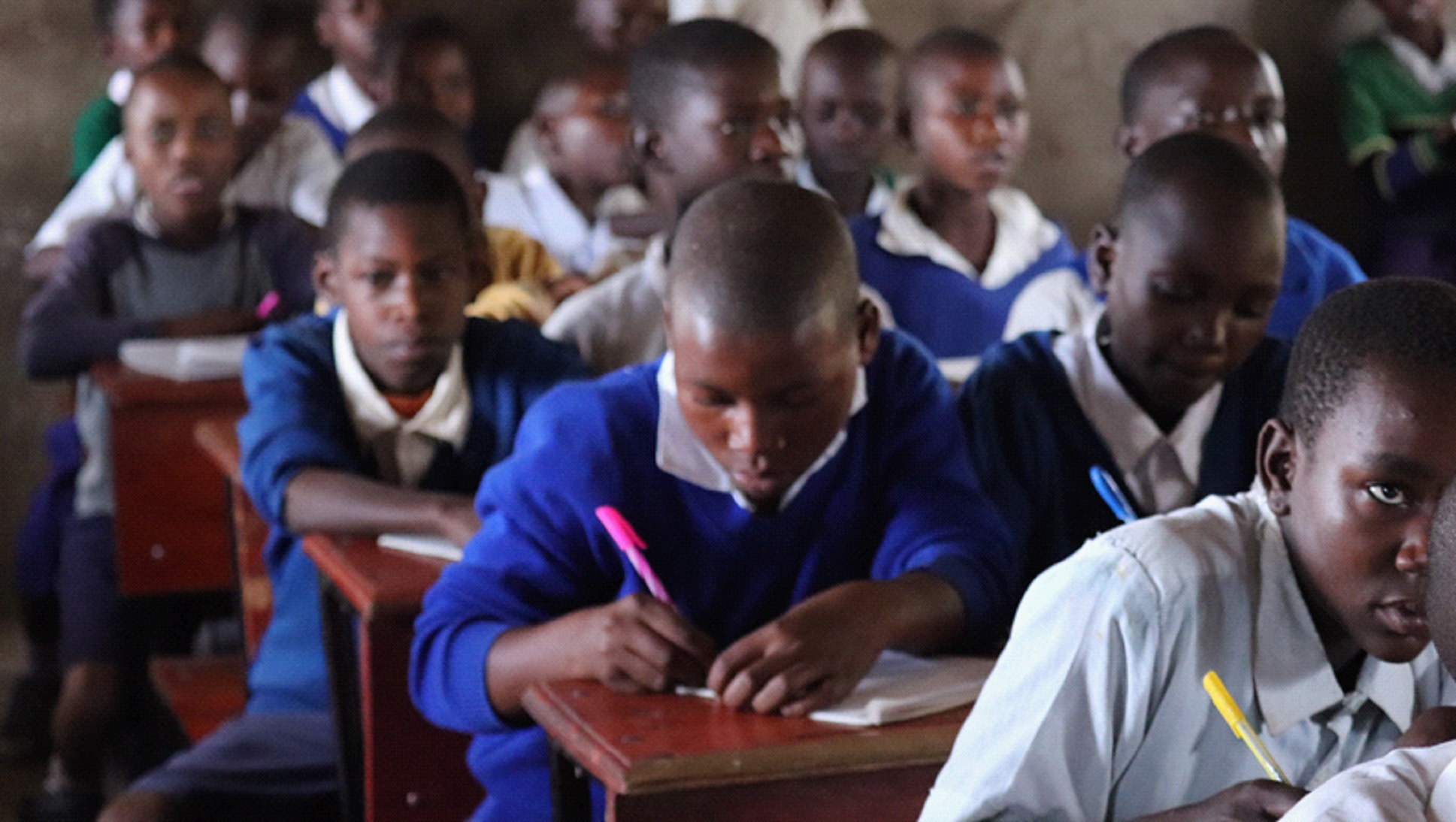 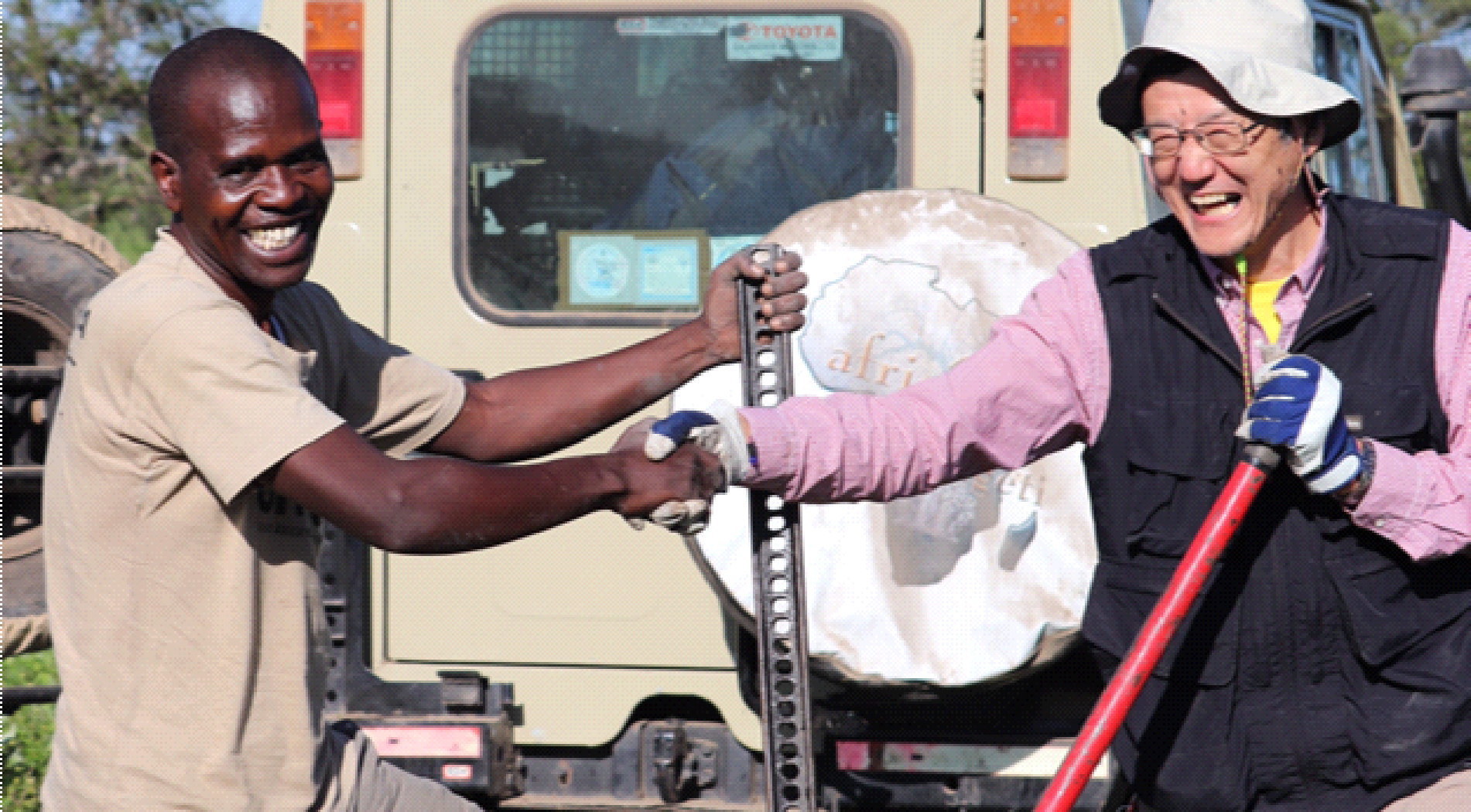 2) Business exchange
✔ Assistance and consultation for Japanese companies to expand into Africa
✔ Introducing companies for business purposes,
Creation of a chance for interaction 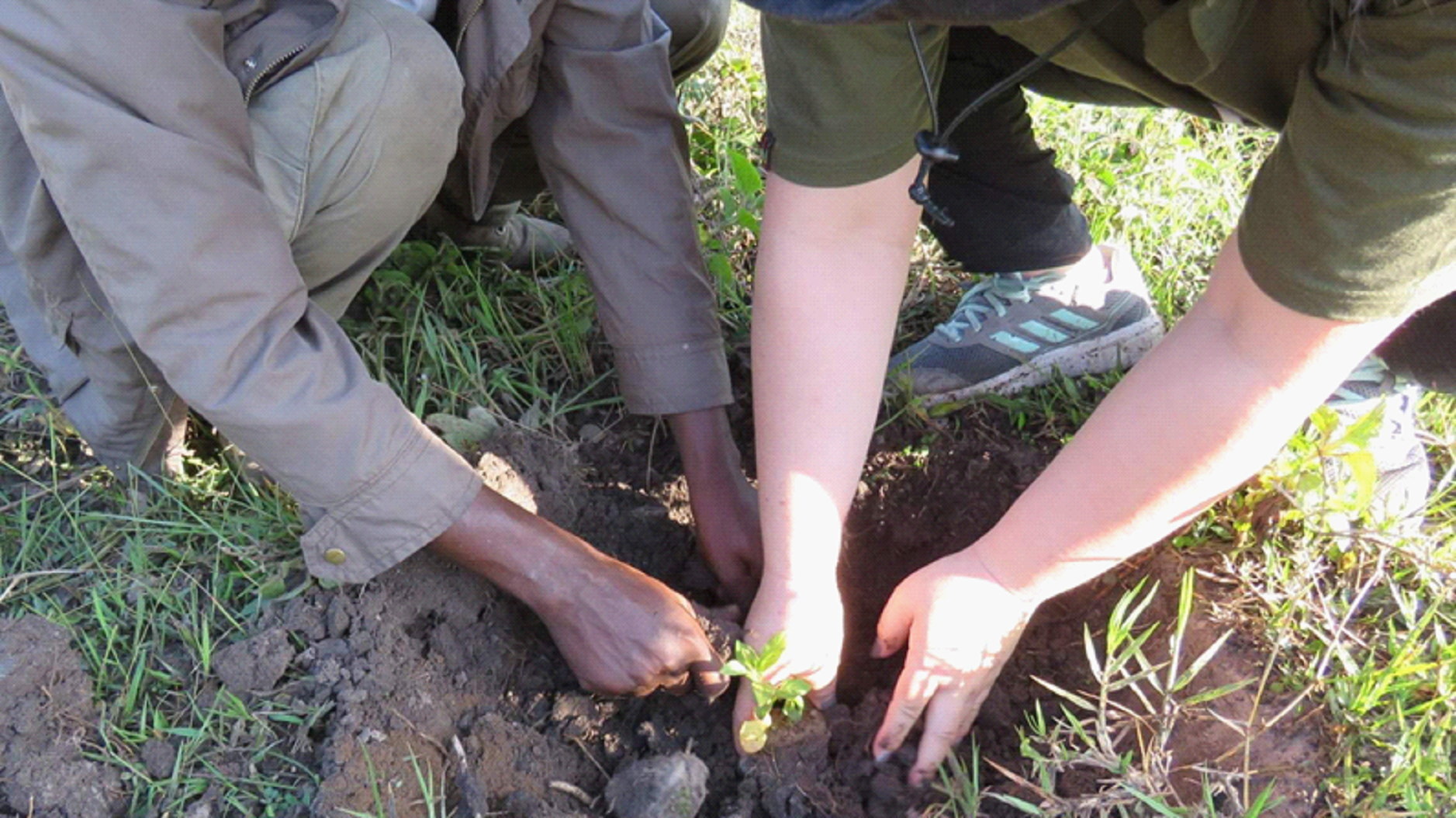 2) Creation of employment opportunities
✔ Vocational training for women
✔ Making regular work habits and raising
awareness
Let's join!
Dear future TOFA member,
We are looking for people who would like to join our activities.

BACKGROUND OF TOFA
& ITS THOUGHTS

BACKGROUND OF TOFA AND ITS THOUGHTS 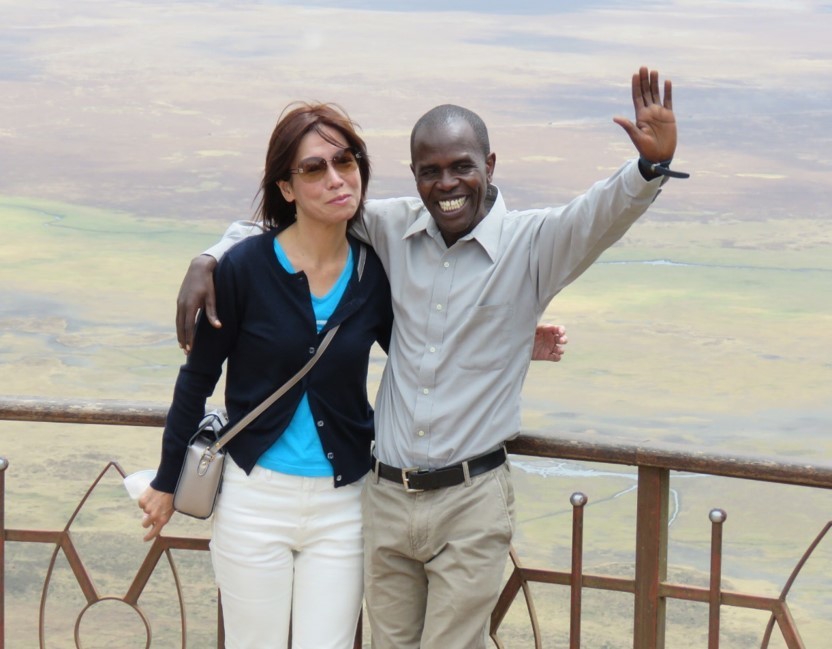 Chihiro Tanaka, traveled to Serengeti National Park in Tanzania in 2002, and met Paul for the first time. Paul, who was a cook at the time and was a very serious and shy young man who was enthusiastic about his work.
One day when Chihiro asked Paul about his dream, he answered that he wanted to study more. Then Chihiro and her friends decided to give him a support.
After he became a professional guide, he continued to study in a collage so that he's become ready to properly answer all kinds of questions such as Tanzanian history, culture, social and political situations and environmental problems. He is deeply convinced that everything he has now is based on being "educated" and wants to give Tanzanian children the same opportunity and to teach them the power of having dreams.

On the other hand, Chihiro knew Japan is a rich country, but she also knew there are many Japanese adults and kids who often suffer from stress, depression or feeling hopelessness and worthlessness in a daily lives. She would like them to know that the world is big and we all have such an enormous possibilities if we really want and search. And providing an opportunity to visiting there she wishes to make people realize that there is a place for each of us to have a wonderful life
NGO TOFA  was born with this sprit when the two, who have fostered friendship for 15 years, shared their visions and launched a project. And the activity started in 2017 by taking Japanese people to Paul's hometown Nyamburi village.

DONATION OF MATERIALS
FOR EDUCATION 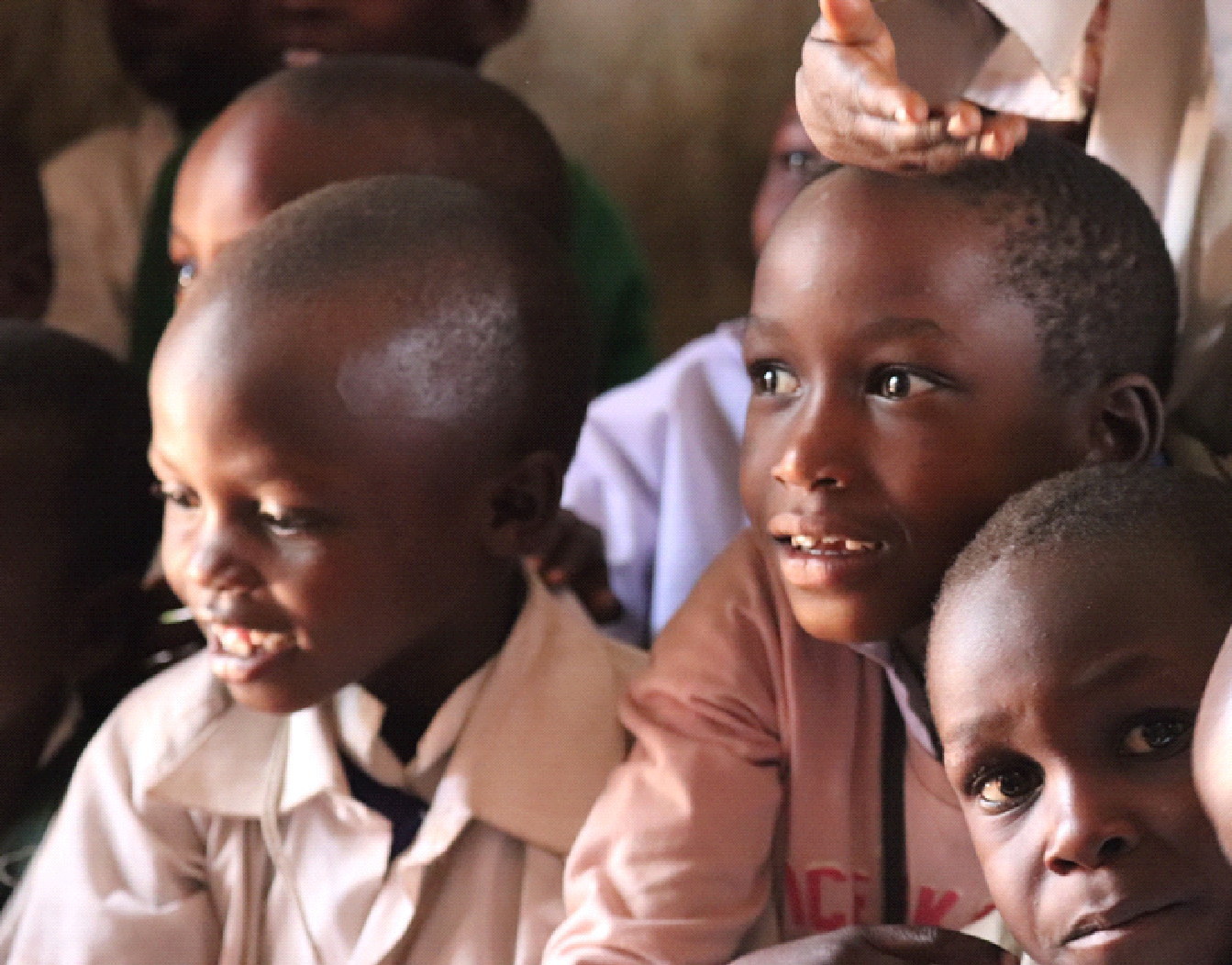 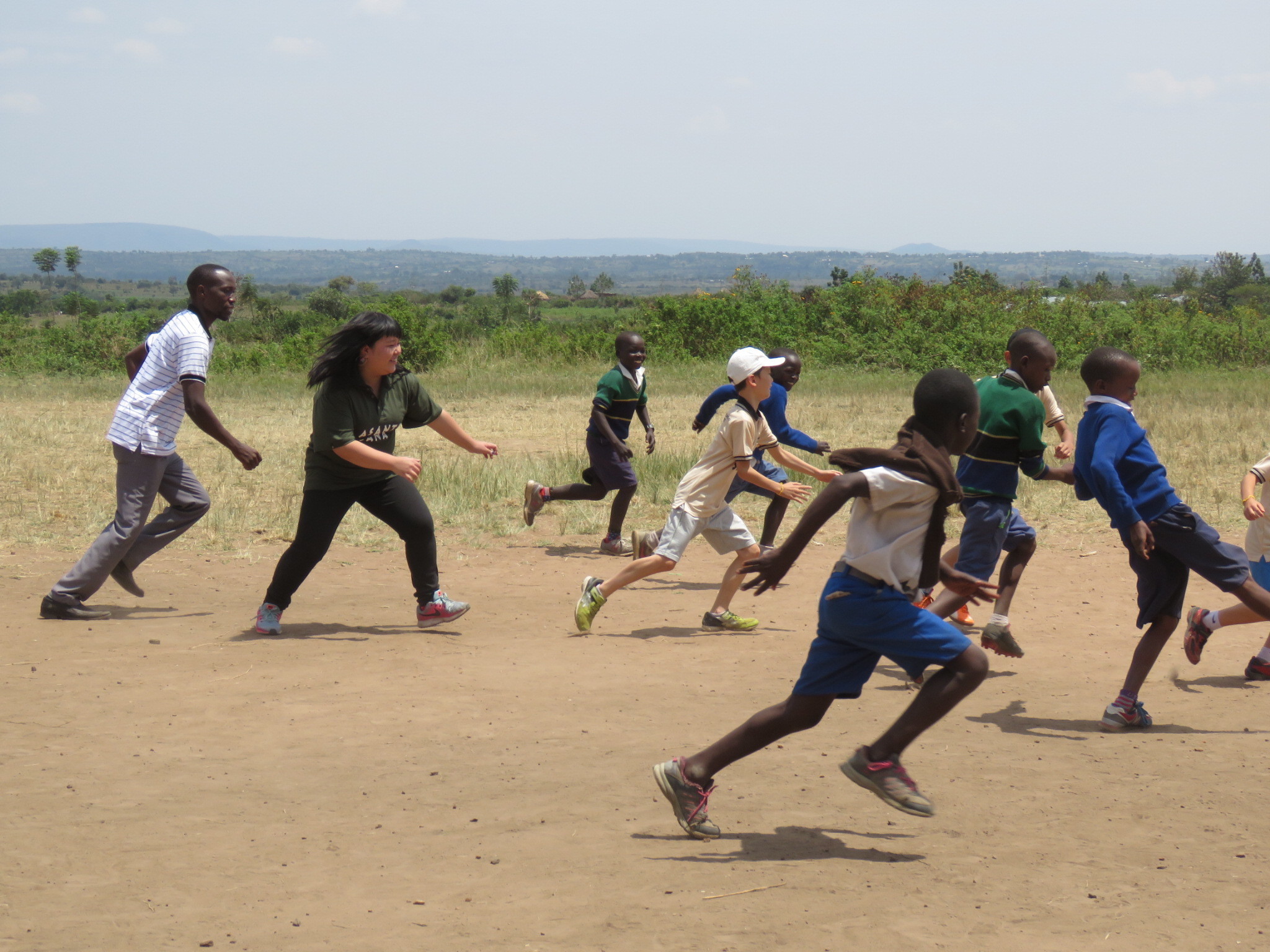 August, 2018
Visit Nyamburi primary school with Japanese kids and play football match with students.
Meeting with a member of Board of Education and Nyamburi village mayor

August, 2019
Inspection of the situation for a kindergarten.
Visit coffee plantation

February, 2020
Site inspection for the kindergarten construction
Meeting with a local doctor to understand the medical situation in Nyamburi village.
We stayed at Nyamburi village for the first time and had dinner with the village mayor and others. 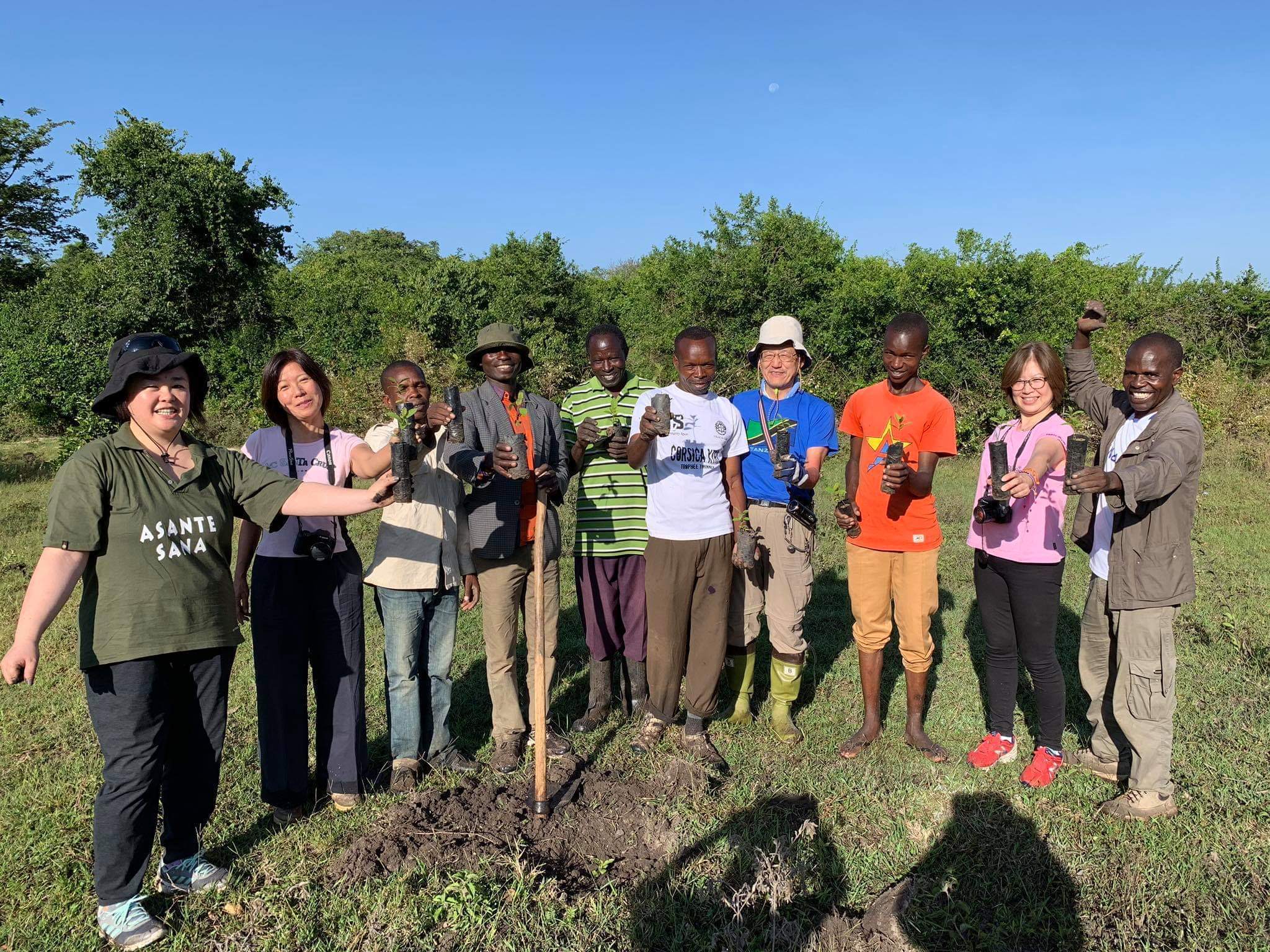 Activities that you receive much more than you give 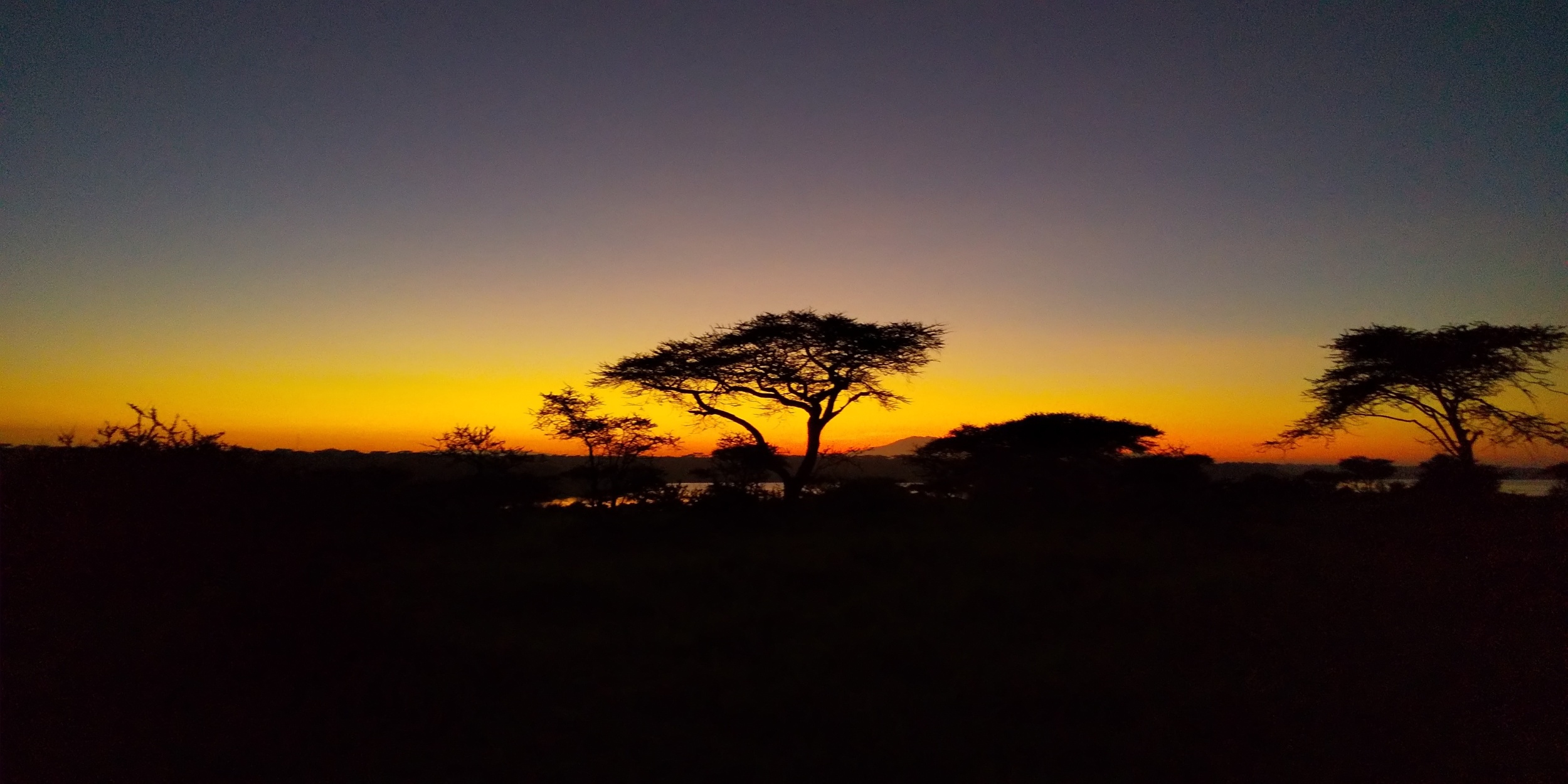 Some people might feel our activities is only giving such as donating textbooks and building school buildings, however, it is not one way. We truly receive far more from them.

Children' eyes shining full of curiosity and joy, warm welcome with their cheerful singing, their genuine and happy smiles, even though they have nothing materially,  remind us  what is precious and important in life.

When you see, hear and feel the horizon spreading 360 degrees as far as the eye can see, the sunset dying the savanna red, and the drama of life that repeats over and over from ancient times, you will realize how small your worries are. And for some reason, our mind is purified and everyone becomes well.

We'd like you to sense with your body and mind how the world is big and beautiful. There are so many ways of living a life, and all creatures are irreplaceable even it is very small. When you sense it, we believe you deeply wish to pass this precious earth in a better condition to the next generation.

THE APPRECIATION LETTER FROM SCHOOL 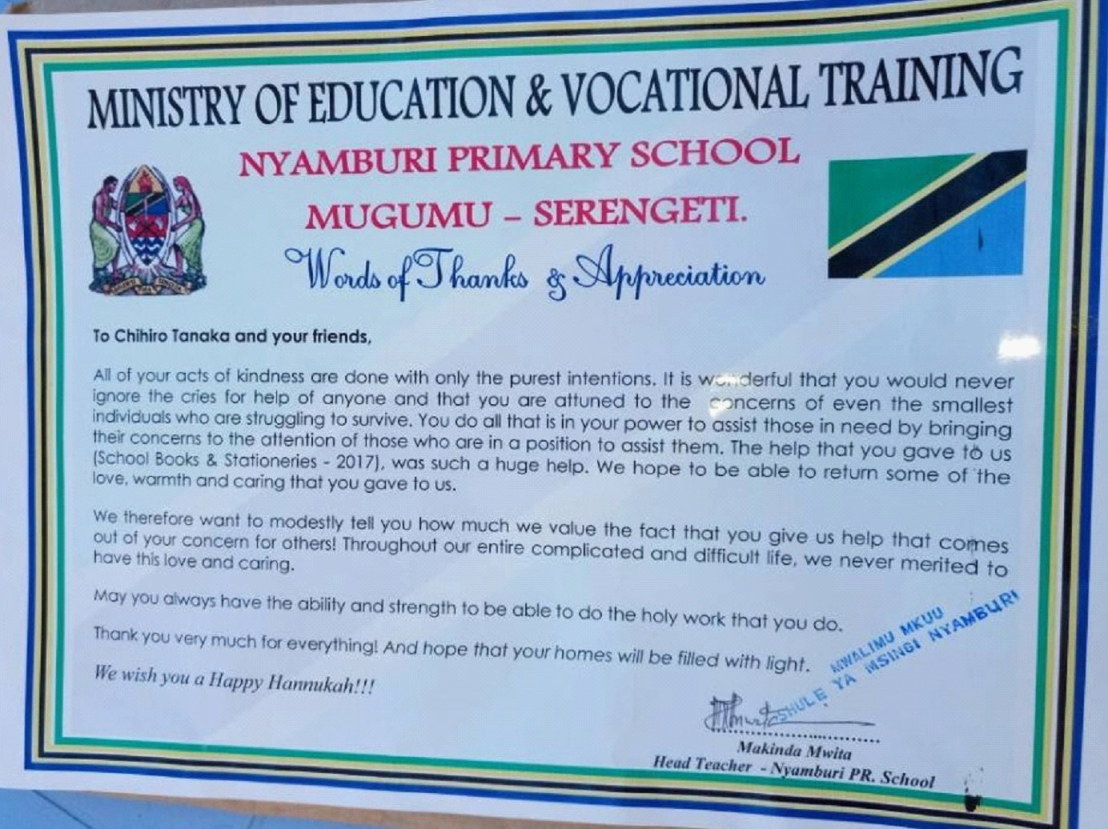 We are so honered and touched to have received an appriciation letter from the primary school in Nyamburi in 2017.
Let's join!
Dear future TOFA member,
We are looking for people who can become members.
Please proceed to the registration screen from the member registration button 'Let's join!' on the left. 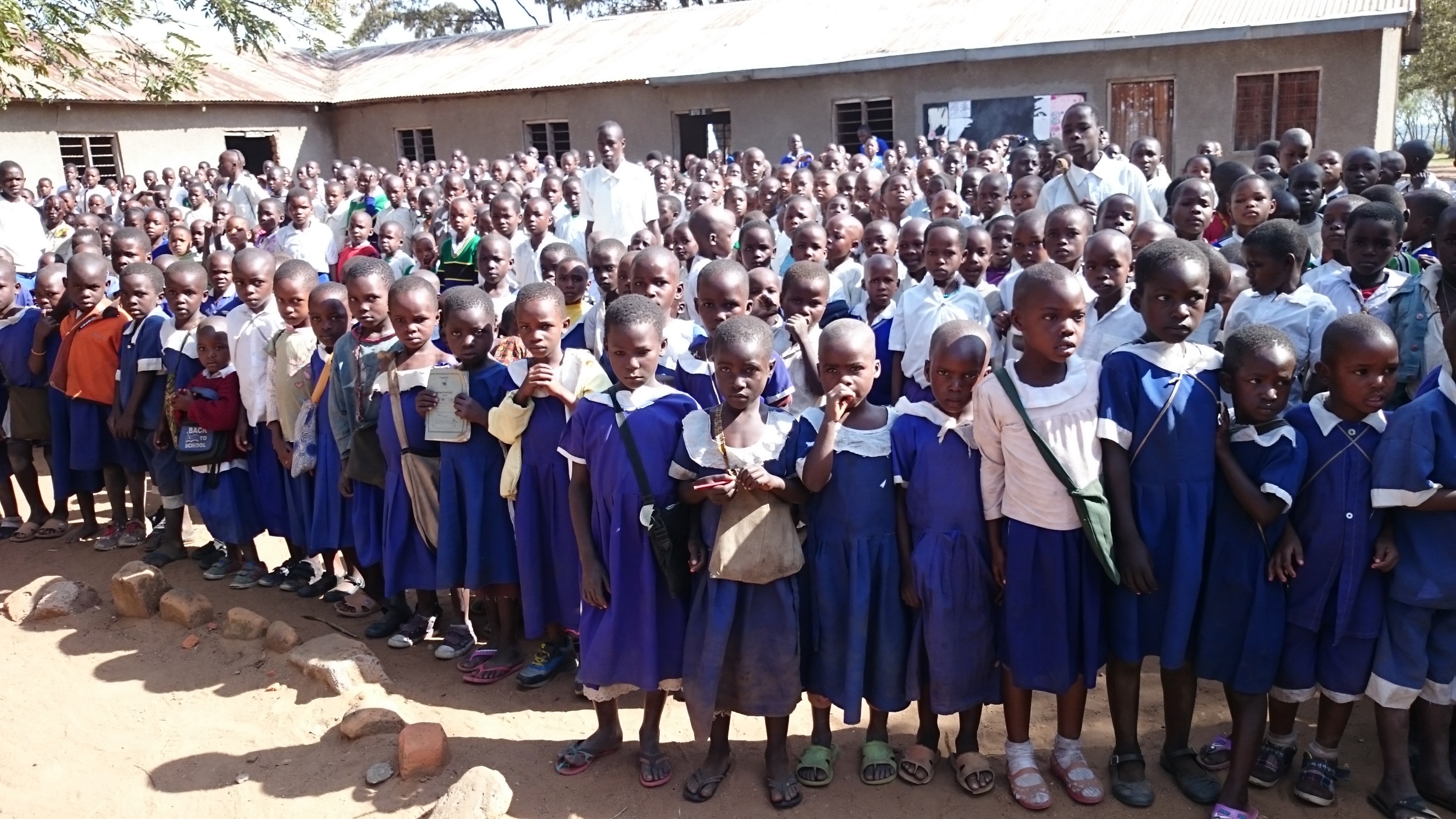 Kindergarten has became compulsory in tanzania and the number of children has been rappidly increasing. In order to following these needs we are planning; 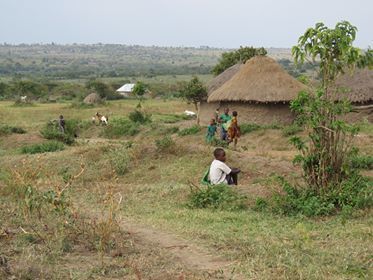 Selection of products that create business 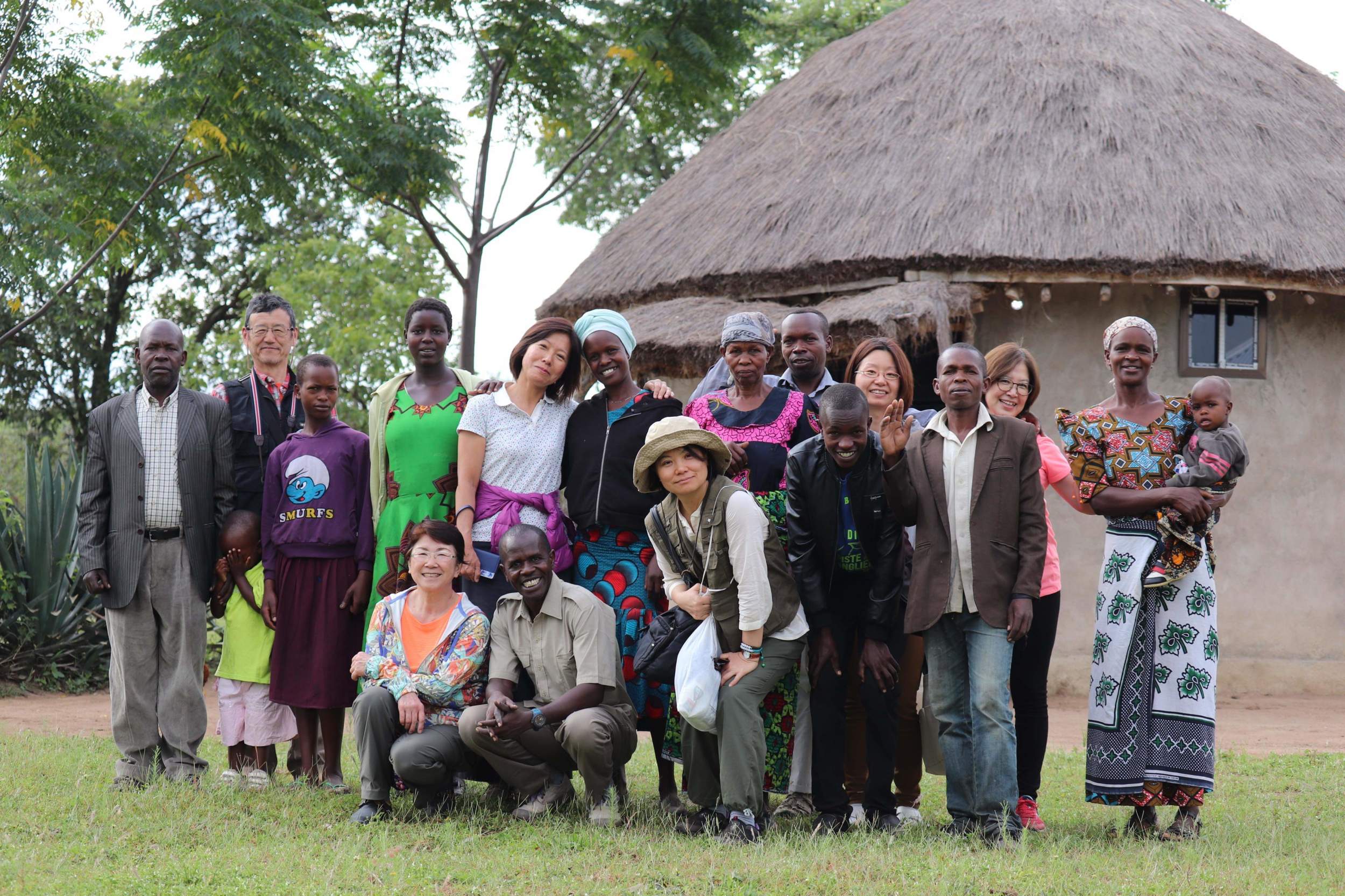 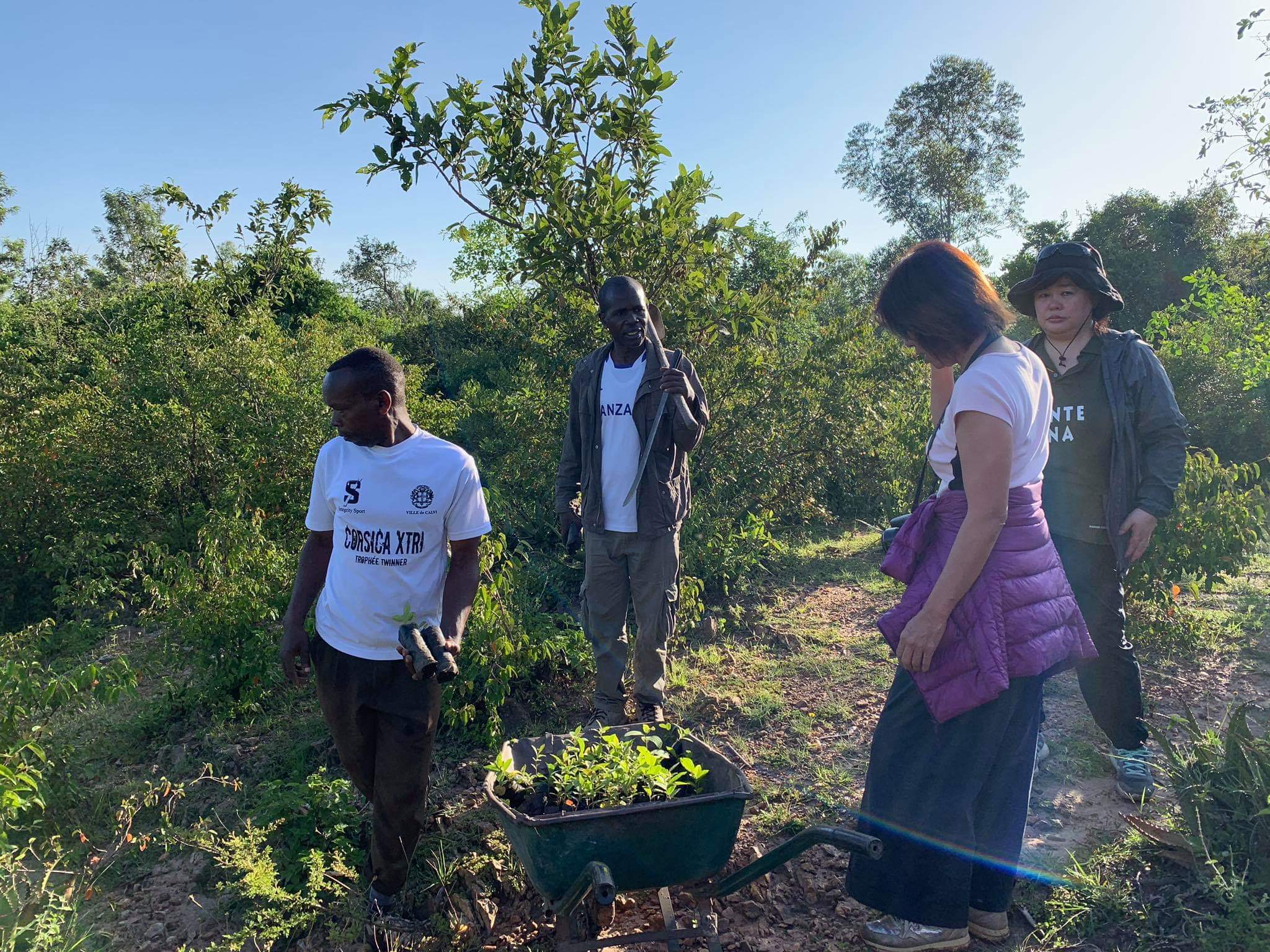 DO YOU KNOW TANZANIA? 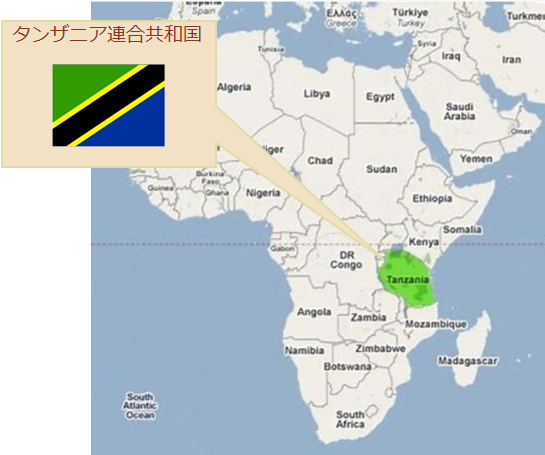 Population: 56millon (Half of Japan)

Mortality rate of children under 5 years old: 17 times that of Japan

Local report (in preparation)
(A new window will open)

The best photo of the year! 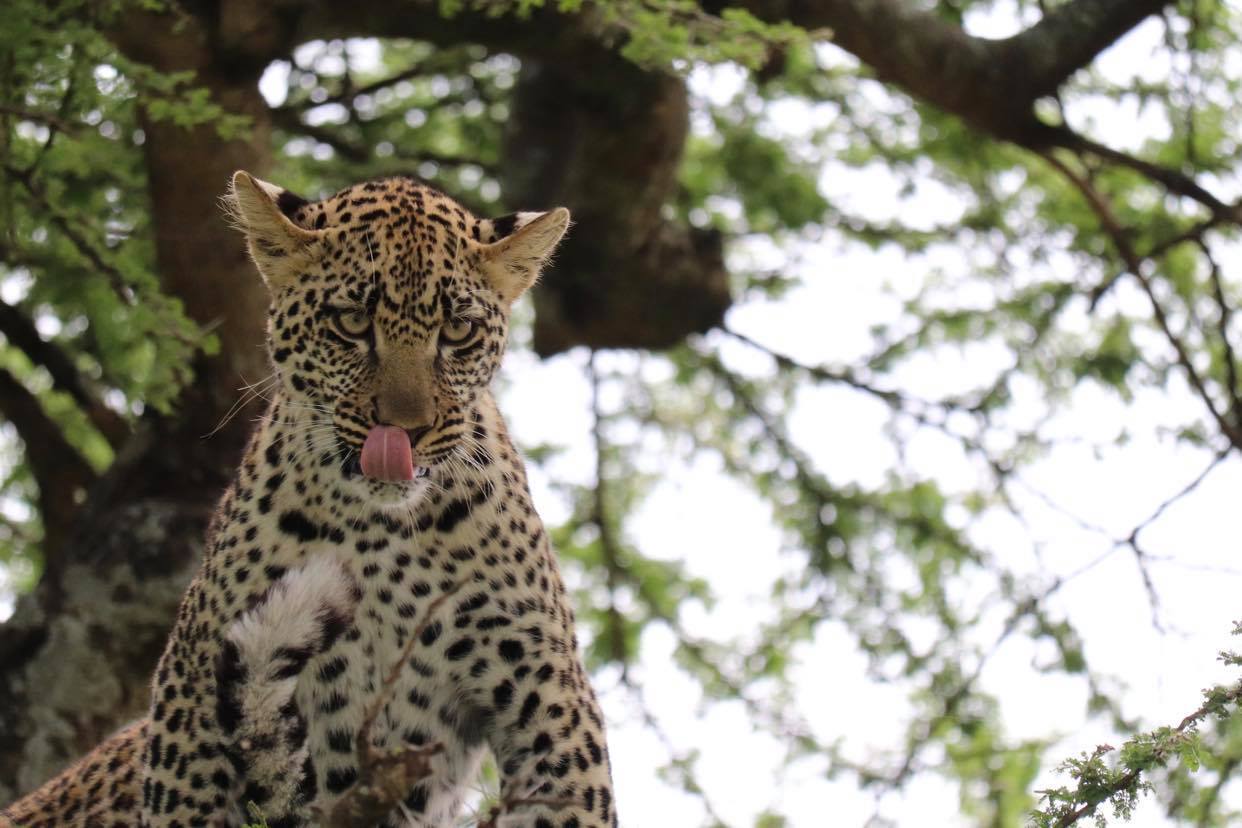 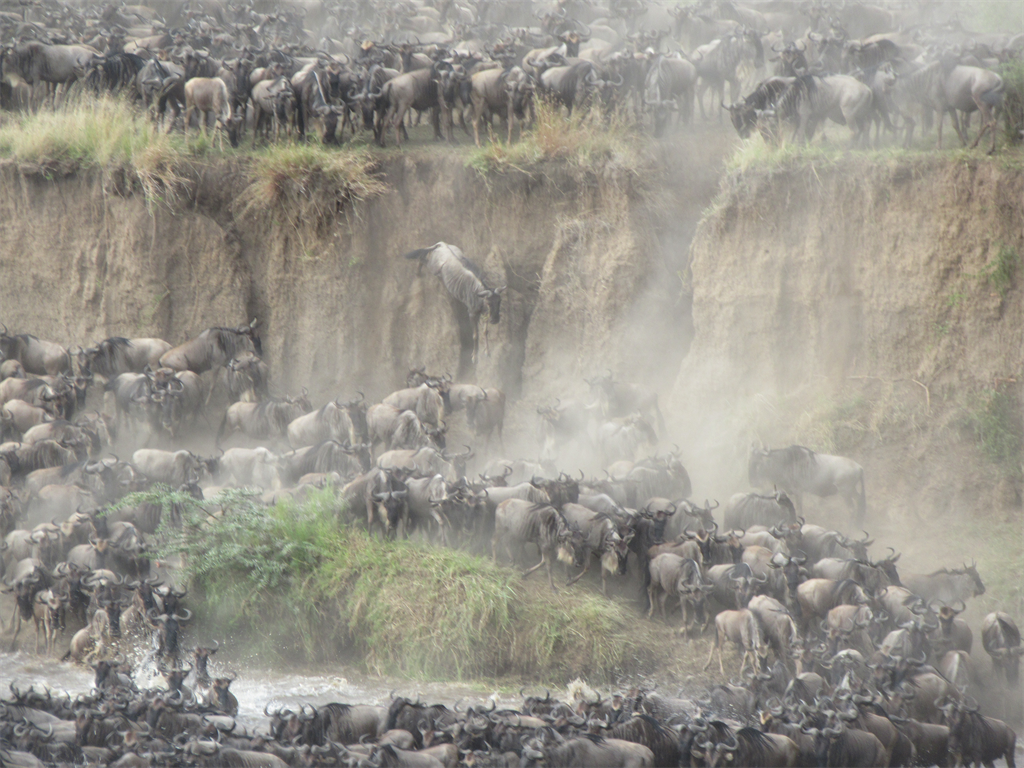 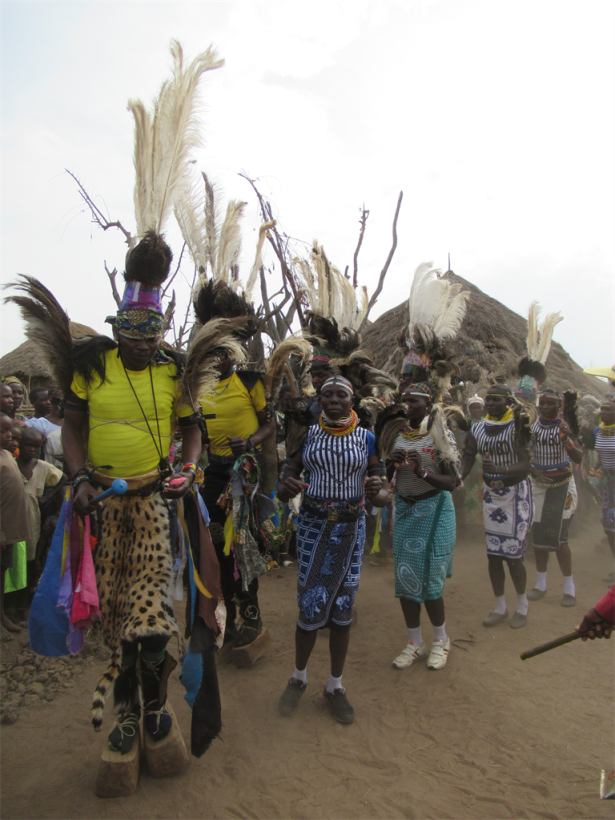 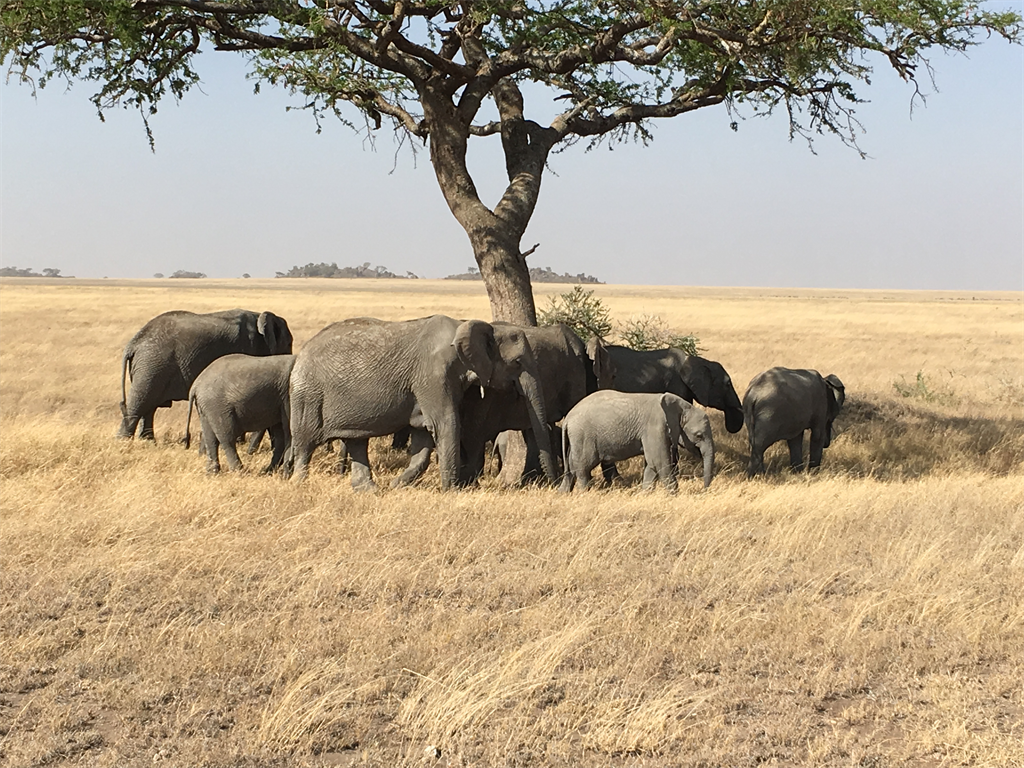 You can enjoy and shop here from Tanzania!!
UNDER PREPARATION!
TOFA wants to create future jobs for Tanzanian children, and we also want to interact with the locals to learn about the culture and provide the various goods and services they make to increase its value.
Currently, we are proceeding with various processes such as scrutinizing the target items, checking the production process, import procedures, etc., so please wait for a while.
online shop here! （under preparation）

DO YOU WANT TO JOIN US?

TOFA is looking for members who support and cooperate with our philosophy and activities. Individuals and groups who have registered as members can participate in various activities sponsored by TOFA. We look forward to working with you.
（Please note that the membership fee cannot be refunded even if you join or leave the membership in the middle of the year. If you have any other questions, please contact the secretariat.）

In collaboration with local colleagues, we are responding to issues with high priority. The projects currently underway are as follows. We look forward to your support.
The results of your support will be reported on our website at any time.
(We are planning to carry out a plan to actually see the site) 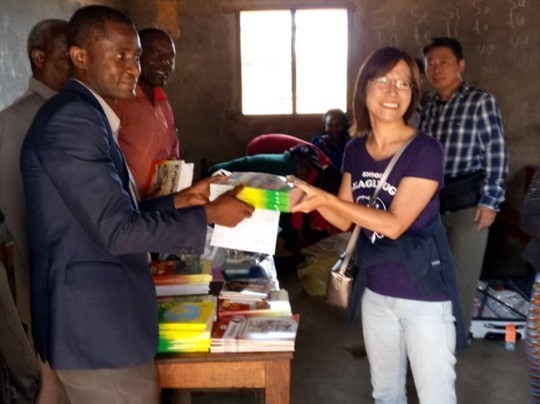 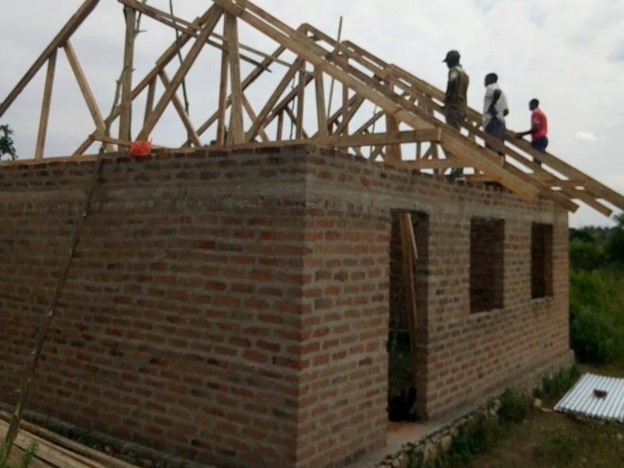 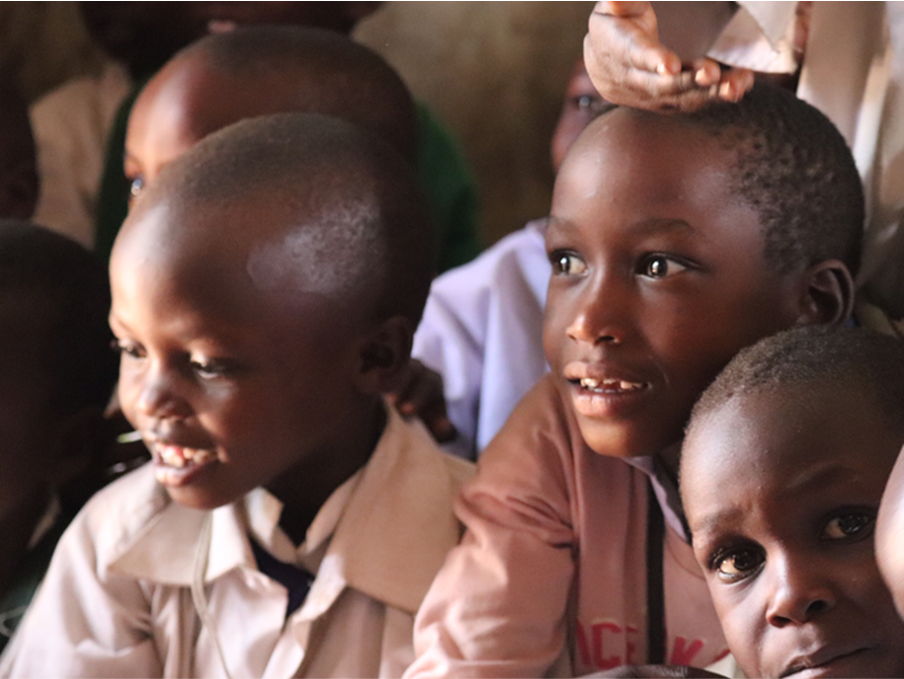 Only those who have approved and corporations are listed.

Chairman
Chihiro Tanaka
Sharing my vision with my dear friend Paul for 15 years, I started this activity, first, at an individual level. I witnessed how Japanese people who joind as well as local people became well and happy, convinced that this activity would contribute to the future of the earth and the happiness of people, decided to make it an NGO. We are spreading this activity not only in Japan and Tanzania but also to the world.

Vice Chairman
Narumi Ozaki
The first landing on the African continent is a visit to Nyanburi village. Impressed by the magnificent nature, wild animals where life and death intersect, and children full of joy to learn. Join the founding members of TOFA with the aim of expanding each other's Give & Take. I am convinced that we can expand the positive harmony through small exchanges of heart.

Participated as a founding member of TOFA because the philosophy and activities of TOFA lead to the philosophy of "realizing a society where people can live in their own way naturally". I have visited Tanzania every year since my first visit to Tanzania in 2017, and have participated in support activities from the beginning.

Director
Hiroyuki Ohhara
I felt the grandeur of Africa and the importance of nature. Also, the shining eyes of the children were impressive. Such children flood the world and create an environment where both adults and children are energetic. Through the activities of TOFA, I participated in the activities with the purpose of creating a prosperous society and my philosophy of "creating a happy future by connecting people."

Director
Hiroyuki Ohhara
I felt the grandeur of Africa and the importance of nature. Also, the shining eyes of the children were impressive. Such children flood the world and create an environment where both adults and children are energetic. Through the activities of TOFA, I participated in the activities with the purpose of creating a prosperous society and my philosophy of "creating a happy future by connecting people."

For TOFA membership registration and inquiries, please use the form below.
フォームから送信された内容はマイページの「フォーム」ボタンから確認できます。
Copyright 2020 TOFA